Atul Gawande is a surgeon and author who has written some excellent books and New Yorker articles reflecting on the state of modern medicine. Recently, his writing has gone beyond medicine in interesting ways. As he looks for lessons for medicine from other disciplines, he ends up with things to teach both medical professionals and skilled knowledge workers more generally. His book The Checklist Manifesto manages to be a riveting 224 pages on what ought to be one of the least interesting topics possible: the checklist.

So I was intrigued to see a link to a New Yorker article from Dr. Gawande on my own specialty, coaching. It’s as good as I might have hoped. Noticing that his own performance as a surgeon seems to have plateaued, he wonders whether a brief experience with a tennis coach might apply to surgery:

One July day a couple of years ago, when I was at a medical meeting in Nantucket, I had an afternoon free and went looking for someone to hit with. I found a local tennis club and asked if there was anyone who wanted to play. There wasn’t. I saw that there was a ball machine, and I asked the club pro if I could use it to practice ground strokes. He told me that it was for members only. But I could pay for a lesson and hit with him.

He was in his early twenties, a recent graduate who’d played on his college team. We hit back and forth for a while. He went easy on me at first, and then started running me around. I served a few points, and the tennis coach in him came out. You know, he said, you could get more power from your serve.

I was dubious. My serve had always been the best part of my game. But I listened. He had me pay attention to my feet as I served, and I gradually recognized that my legs weren’t really underneath me when I swung my racquet up into the air. My right leg dragged a few inches behind my body, reducing my power. With a few minutes of tinkering, he’d added at least ten miles an hour to my serve. I was serving harder than I ever had in my life.

Not long afterward, I watched Rafael Nadal play a tournament match on the Tennis Channel. The camera flashed to his coach, and the obvious struck me as interesting: even Rafael Nadal has a coach. Nearly every élite tennis player in the world does. Professional athletes use coaches to make sure they are as good as they can be.

But doctors don’t. I’d paid to have a kid just out of college look at my serve. So why did I find it inconceivable to pay someone to come into my operating room and coach me on my surgical technique?

The rest of the article wanders through a history of coaching; interesting examples from sports, music, and education; and describes his own experience engaging a coach. He concludes,

I value coaching enough to spend my own money on it. I’ve hired a mountain bike coach, Lee McCormack, to help me prepare for this summer’s Trestle All Mountain Enduro race. It’ll be my first downhill race. I don’t expect to win, but I want to get a result I can be happy about and enjoy the experience.

I used to do cross-country mountain bike races, and I have a pretty good idea how to train for an event. I have Lee’s books. I could probably do this on my own. But I know from my own experience as a software development coach how much faster a good coach can help you improve. 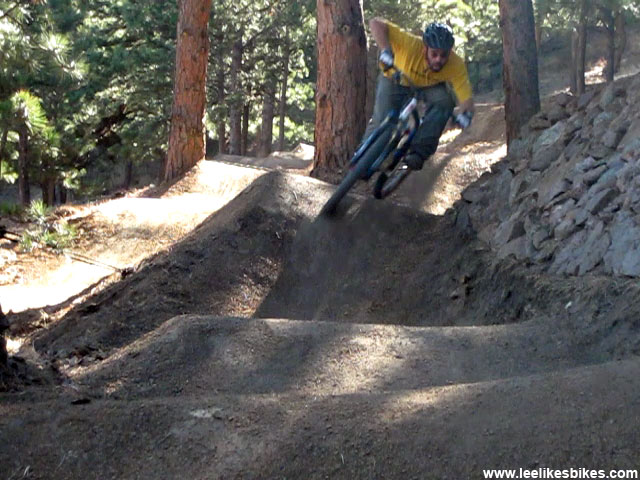 I started working with Lee yesterday morning. We spent a couple hours working on basic pumping and cornering skills on his pump track and practicing seated and standing pedaling on the roads around his house in the Boulder foothills. Lee would demonstrate a technique. I’d try it. He’d give me feedback. I’d try it again. He’d modify the exercise to focus on whatever I was struggling with, and I’d ride a bit more.

After just two hours of coaching—working on things I would have said I already knew how to do—I could see a marked improvement in my skills. And I had a nice list of things to practice on my own.

This brings me back around to software development. Our world today runs on software. But most software teams struggle to deliver anywhere near as quickly and reliably as they could. A software profession living up to its potential would transform the world. So, to paraphrase Gawande: If we care half as much about results in software development as we do in sports, how is it imaginable that so few teams engage a coach? How is it imaginable that so many teams with access to coaching fail to make the most of it?

What about your team? Do you have a coach? If so, do you make the most of the coaching you have available to you?